This is a emacs, viper mode. If vim fans are threathened and forced to user

emacs, then they might find this M x viper-mode as a consolation somewhat akin to a family photo a prisoner has in jail. He will be missing his family for sure though.

I was almost about to give up on Ubuntu, because after I installed the Fiesty, I was not able to download the packages from Repositories due to some proxy authentication issue. Tried various things for a week and when could not go any step further, I had thought let me get back to Fedora and was thinking about how new users of Linux will be feeling when they dont get support on what they need to get wishes satisfied with Linux. In my case, it was a particular distribution.

After a week, I setup my box again and wanted to give a final try. Instead of going to Synaptic and meddling with Repository sources, I thought let me try Add/Remove application to Install software and see what happens.

The basic install of ubuntu (from the CD) did not have things which a regular Linux user would desire. Well, what the heck, gvim was not there! Browsing through the software list I checked Emacs 21 for Installation and pressed Apply. Something interesting started to happen. It started downloading automatically from http://archive.ubuntu.com/ubuntu/dists/feisty/main/

I felt a kind of relief that I will be able to spend more time with ubuntu now.

There is a tricky bug with Ubuntu package manager, I think. The following was my setup with package installation from repos worked.

3) Without adding any repos, archive.ubuntu.com which is kind of a default repo is only working thing.

2) Test Gnome Network Preferences for other applications. Epiphany can be used.

I shall try that and figure out the exact issue.

Now that I was able to configure the package manager, I got a wealth of neatly arranged package to choose from and Install. The Installation procedure was totally homogeneous. Neat, easy is what I can say of Ubuntu. Hey, you might hear those two words from many of the Ubuntu users, but you will appreciate only when you "feel" it.

Even Picassa download in deb format was handled properly by gnome deb package installer. I had never used deb and always thought deb format is difficult than rpm.

I had transfered my camera shot movies of Bungee jump to Ubuntu machine, first surprised to see the thumbnail of avi file and next totem player played that avi file. I felt wow!. Because, its first time Totem player had worked for me (apart from the live cd demo)

Then I spent looking at all the interesting programs that default, multiverse, and universe repositories could offer. There are tons of python language packages to install directly from the repos.

But the sweetest of all surprises came, when I thought let me search for rapple and nanoblogger. I know, there were debian maintainers for these to two projects. But it was really nice, to see a the project I have contributed to as being listed from the repository and choosing them to install it!

Python - why settle for snake oil when you can have the whole snake? —From Usenet posting by Mark Jackson, June 1998

Mentioned at the Python Development page :- http://www.python.org/dev/. Its a good fun! :-)

While browing through comp.lang.c found this interesting discussion.

Never have explored the capablities of stdlib. Infact, with C Programming

Language out of touch for so many months, I was thinking this program will

Completed and submitted my project "N-Puzzle problem solver". Wrote it in Python programming language and it was good fun. Learned about the similarities of lisp and python. Why lisp is so powerful and how easy things will become once you get a hang of the language called Python.

Solving the N-Puzzle problem, I had tried without any base algorithms and it was damn hard to derive any solution. Once I saw the problem solving strategy using Manhattan Distances at norvig 's site. Coding the solution was enjoyable. You get a feel of what AI problems are when trying these Toy-AI problems.

Coding and Karate are similar. They both require enormous amount of

Lundblad is a leading contributor to the Subversion open source code project, which has produced a widely implemented code management system. He was among five leaders of open source code recognized in August at the O'Reilly Open Source Conference. Unlike the others, Lundblad is blind, a fact that didn't bother Google, Lundblad's new employer. ~ link 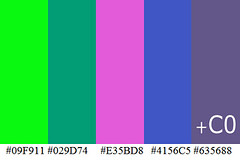 OLPC in action., as Nigerian 11 year old Students get their hands on Python powered XO.