This is a short text available for reading in project gutenberg, titled "The Discovery of Radium by Marie Curie" 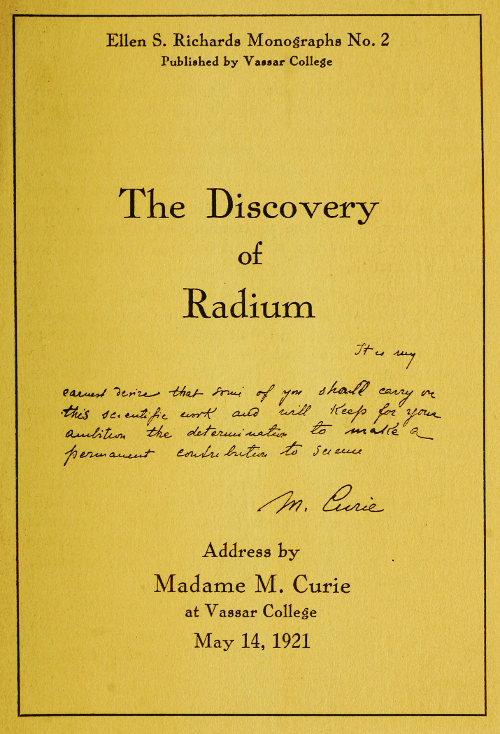 Some interesting quotes from this book

Then I took up measurements of minerals and I found that several of those which contain uranium or thorium or both were active. But then the activity was not what I could expect, it was greater than for uranium or thorium compounds like the oxides which are almost entirely composed of these elements. Then I thought that there should be in the minerals some unknown element having a much greater radioactivity than uranium or thorium. And I wanted to find and to separate that element, and I settled to that work with Professor Curie. We thought it would be done in several weeks or months, but it was not so. It took many years of hard work to finish that task. There was not one new element, there were several of them. But the most important is radium which could be separated in a pure state.

But we must not forget that when radium was discovered no one knew that it would prove useful in hospitals. The work was one of pure science. And this is a proof that scientific 5 work must not be considered from the point of view of the direct usefulness of it. It must be done for itself, for the beauty of science, and then there is always the chance that a scientific discovery may become like the radium a benefit for humanity.