I am a Donald Knuth fan, and sometimes I strive to understand his lectures. Stumbled upon this website called webofstories.com that feature many scientists and carries extensive interviews with them, who reflect upon their life, their personal moments, their personal views on their achievements.

I watched the entire 3 hour interview with Donald Knuth and immensely enjoyed it.

One of the excellent moment was, when he shares his 2nd computer program, which was a learning tic-tac-toe. This was written for the IBM 650 Machine having just 10K bytes of memory. 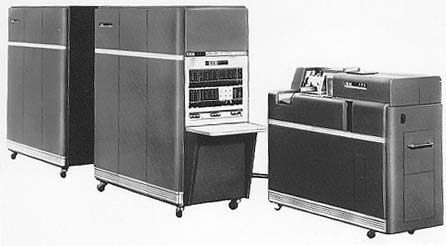 Those days, the programs were written in punched-cards and a typical program would look something like this (location, instruction).

Imagine writing an AI program in that. The difficulty of writing does not matter, just the possibility that it could be written and could be very was exciting, probably led Knuth to write it. This video shows his excitement when he shares that moment.

Other interview bits are interesting too. Knuth covers academia, maths, computer science, computer history, programming as art, typography, religion, his dates, his wife, his children and awards he has won. Many interesting things can be picked up.

"If it doesn't go well, so what, I tried, and I did it." - Donald Knuth on his thoughts, when delivering the lecture of "Science and Religion" at MIT.